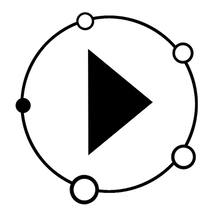 Keys To Rome exhibition and Digital Museum Expo have been presented to the press in Sarajevo, at University, the 16th of April 2014.

In many aspects of our lives, digital is the normal. When we phone, photograph, communicate or pay, we use digital tools and equipment, providing us unprecedented quality and additional functionalities. The same holds for museums, monuments and sites. Digital technologies can make the difference when understanding and enjoying cultural heritage. This will be proven by an innovative exhibition called Keys to Rome. This exhibition, organised by the Virtual Museum Transnational Network, is taking place simultaneously in Sarajevo, Amsterdam, Rome and Alexandria and allows the museum visitor to travel back in time and visit the Roman Empire in those four places by means of the most innovative virtual reality technologies and appealing, historical stories.

In 2014, it is 2000 years since the Roman emperor Augustus, who can be considered as the father of the Roman Empire, died. The exhibition opens on September 23, the birthday of Augustus, and takes place in the main aula of the renovated Vijecnica. The exhibition is organised by the Faculty of Electrical Engineering Sarajevo, The City of Sarajevo, the Museum of Sarajevo and the National Museum of Bosnia and Herzegovina, in close collaboration with seventeen other European partners of the V-MusT Network. It features sites of the Roman villa and bathhouse at Ilidža nearby Sarajevo, preserved by the Museum of Sarajevo and the National Museum, and the early-Christian basilica of Cim, nearby Mostar.

Together with this exhibition, a major Digital Museum Expo will be organised in October, showing a wider range of digital and virtual museum technologies and providing training and presentations on the creation and use of digital resources for museums. More information can be found at the Keys2Rome website (http://keys2rome.eu/) and the V-MusT website (http://v-must.net/).