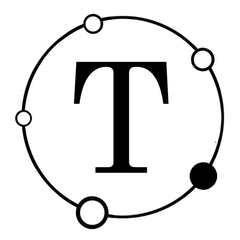 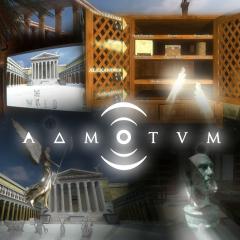 Admodum is a VR application based on natural interaction (sensor KINECT) and a serious game like approach. Visitors use their bodies to explore 3D environments and visualise the objects seen in the exhibition in their original context. Admotum is connected with another application, Holobox, described in the next chapter. The original concept is based on the idea of dividing the paradigm of exploration in two different types:
(a) the 3D first person real time exploration of reconstructed scenarios (reconstructed contexts) and
(b) the interactive manipulation of single objects that need to be further explored.
The two type of interaction are connected with different gestures and different learning and visual goals.
In Admotum, when the game starts, user is presented with an introductory level where a selection can be performed. Within K2R, event selection is performed on 4 different shelves: each shelf  contains few chests, linked to specific scenarios. The user can choose a chest with a gesture and enter a scenario. Each shelf represents a city: Rome, Amsterdam, Sarajevo and Alexandria. Once entered in a particular scenario, the user is tasked to find and collect 3D objects, the scenario being completed when all the required items have been found. On completion of this task the user is rewarded with audio-visual content, along with passcode/QR-code to unlock additional content on a companion website.

When the user starts the game, they are only able to access the “local” shelf, dependant on the physical location of the exhibition (in Rome, the application starts with the Rome shelf unlocked). Starting from that each scenario is completed, more shelves (and their linked chests) are unlocked.
The system is active when a visitor remains inside an “interactive” area. If user exits the interactive area, game automatically resets after a predefined timeout.
The application behaviour and its components are highly customizable, providing a Museum great flexibility in terms of room shape, specific content, virtual environments, 3D items, navigation constraints, multi-language support and user interface elements. It is conceived to run without supervision, as the system observes a defined physical space using a sensor device, tracking users and reacting accordingly.
The Admotum core system provides a rich API allowing external applications to communicate and control a wide range of behaviours: this infrastructure allows advanced interaction and interconnections between different installations in the same museum or even with remote museums or websites. The application in fact, deploys a local server along with a web-based interface to directly control a set of behaviors at run-time. An official document provides a detailed list of events and commands to remotely control the game. Within K2R exhibition, this API is used for instance to establish a direct connection with an external inspection unit (Holobox), allowing users to pass found items directly to another installation for further investigation, enabling a collaborative and richer experience among visitors.
A modular organization of the system and its API allow the use of different input sensors and output devices including Oculus Rift, CAVE systems and stereo support.
The software, based on OpenSceneGraph main library, contains more than 12.000 lines of code in C++, including navigation, physics, game mechanisms, gesture recognition, external communication. The licence is partially Open Source and partially proprietary (depending of other sub libraries used, such as Microsoft Kinect SDK, irrKlang Audio).
Virtual Museum Categories:
Content: Archaeology
Interaction technology: Interactive (natural interaction)
Communication: Narrative style
Level of Immersion: Not immersive (may be immersive)
Format: off line distribution
Scope: Edutainment
Venues: Rome, Amsterdam, Sarajevo, Alexandria
Production: B. Fanini, CNR ITABC;
Design concept: CNR ITABC, Lund University;
Contents by all partners; supporting developers: D. Christop, Foundation of the Hellenic World

Video of Admotum and Holobox